The SAFRAN Company wanted to regroup on the same plot located in the ZAC Andromède in Blagnac, three of its subsidiaries (keeping the possibility of installing a fourth entity).

Logically, four buildings installed in a garden shelter each entity and guarantee their identity. However, a footbridge system institutes a modularity allowing great flexibility in the installation of services and in their evolution.

On the city side, a large covered street bordered with common services and linking the "entities" defines the general entrance and carries the image of the group. In this large volume widely open to the interior garden, exhibitions can trace the history of the group, or on the contrary, serve as a technological showcase for visitors from around the world.

On the ring road side, a garden treated like a large park creeps between the entities and houses the company restaurant. 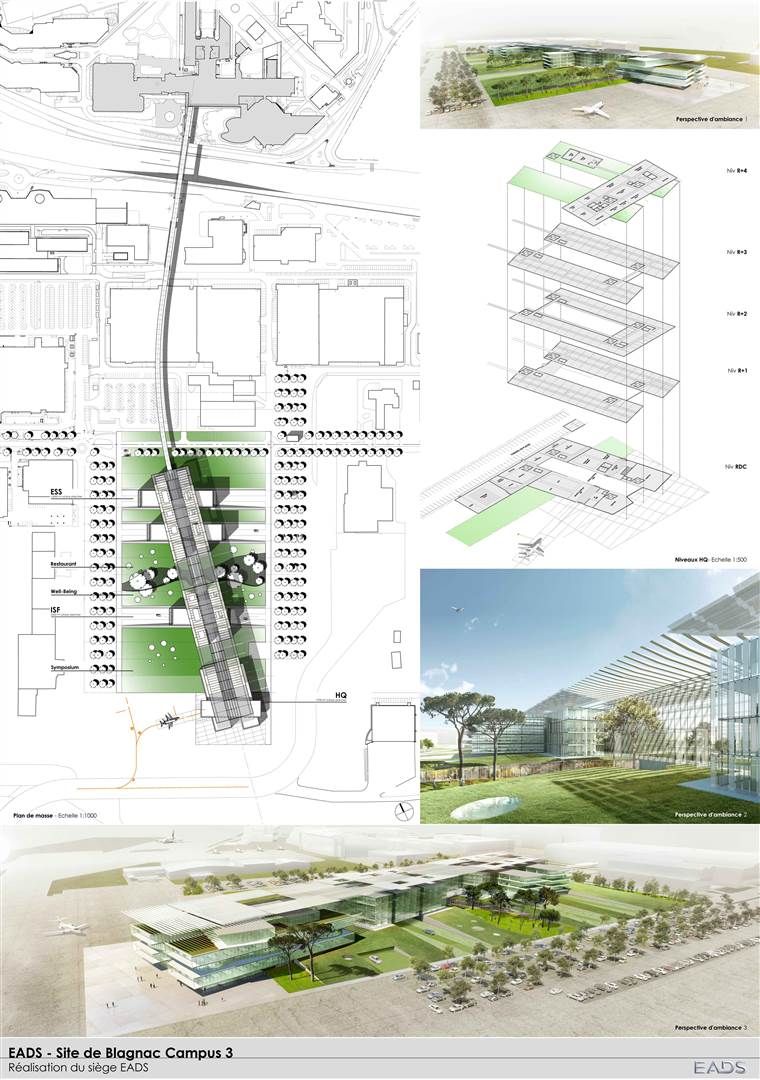 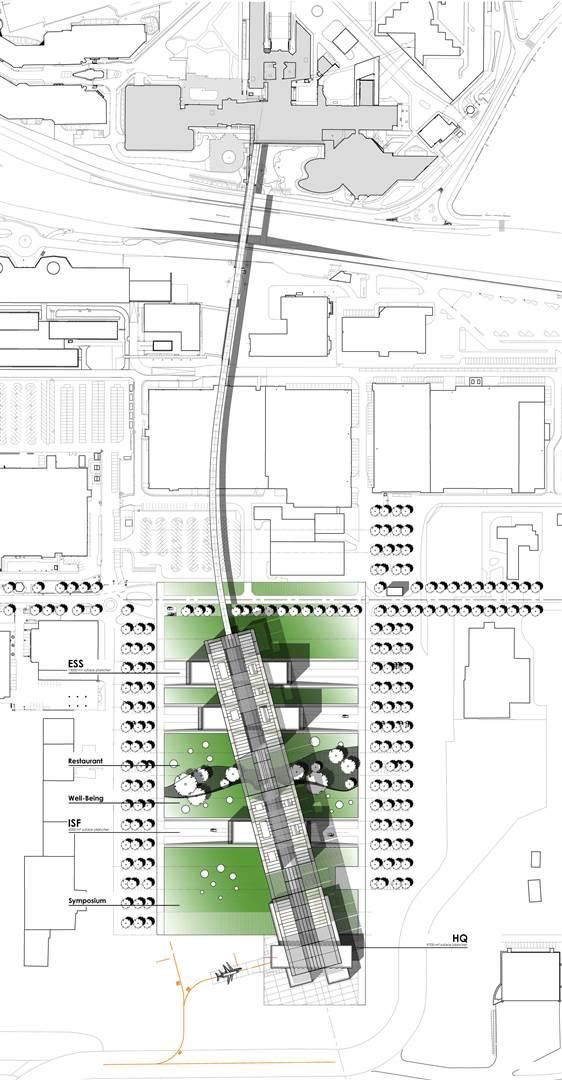 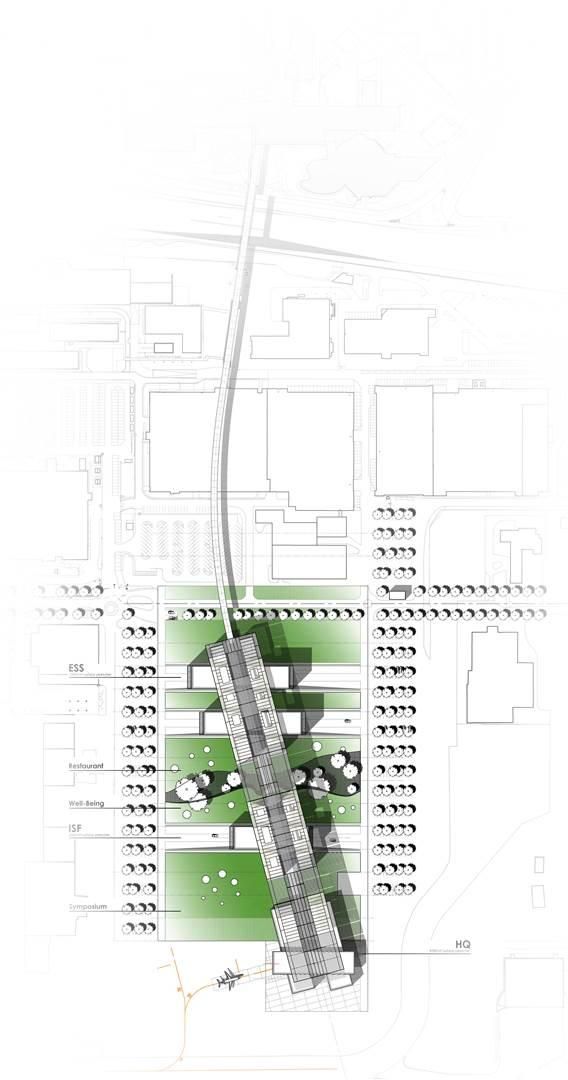 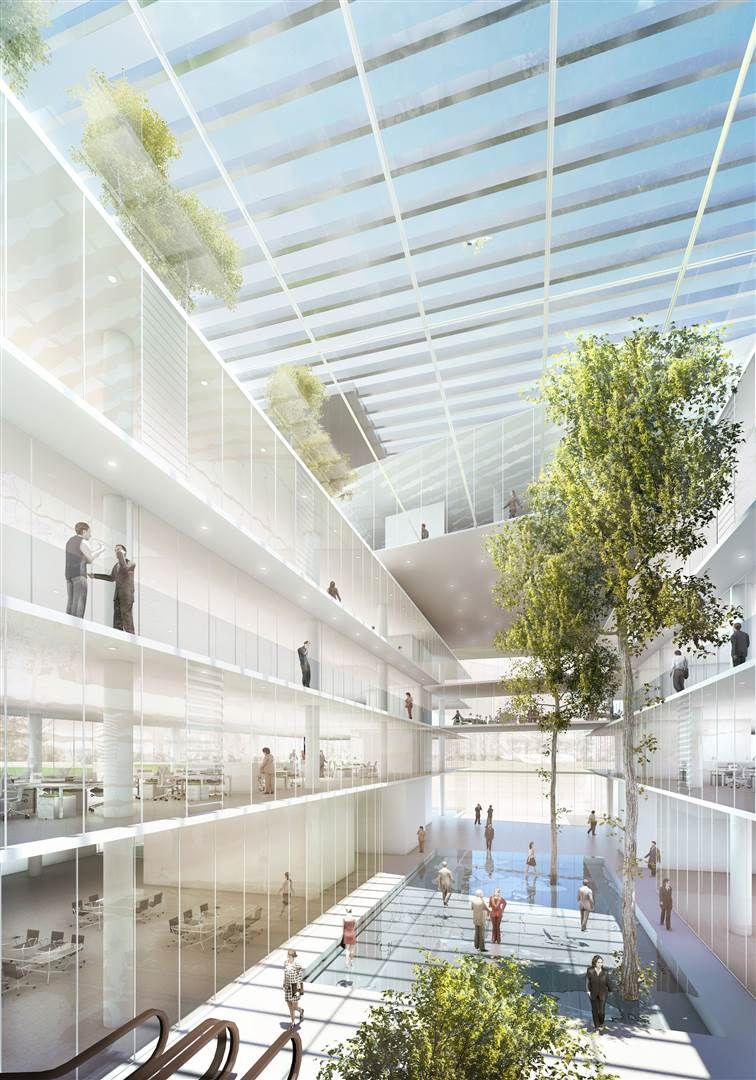 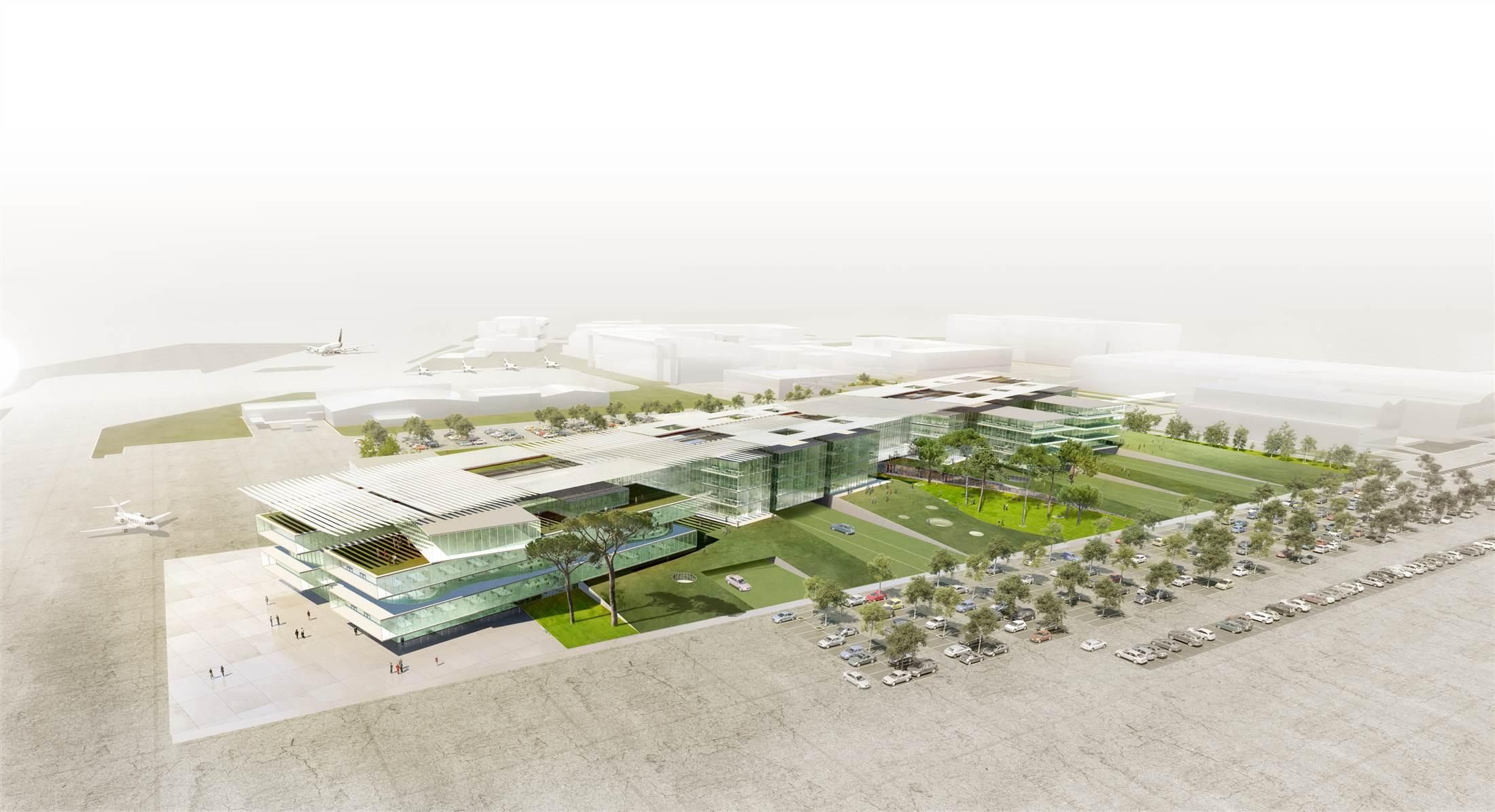 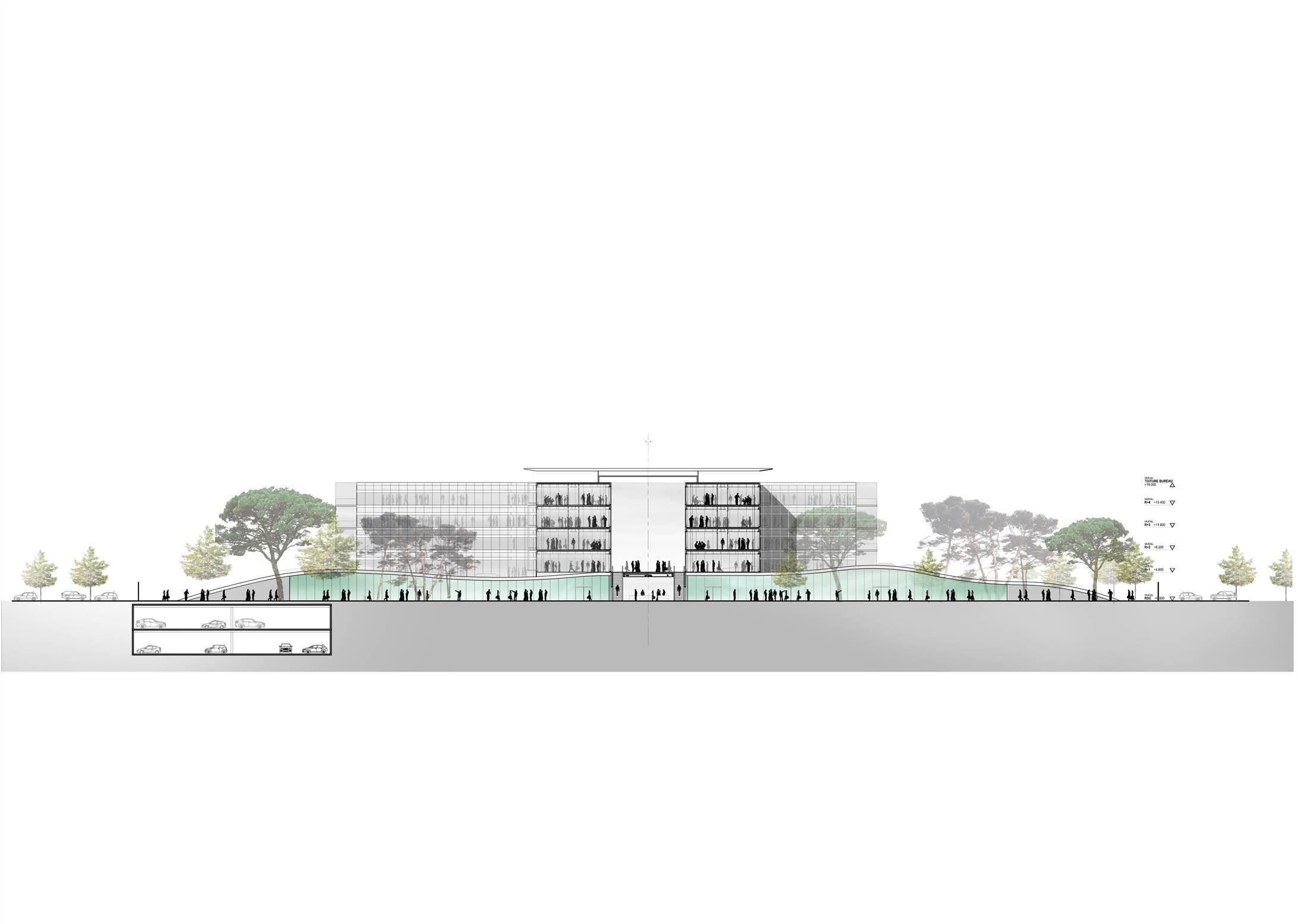 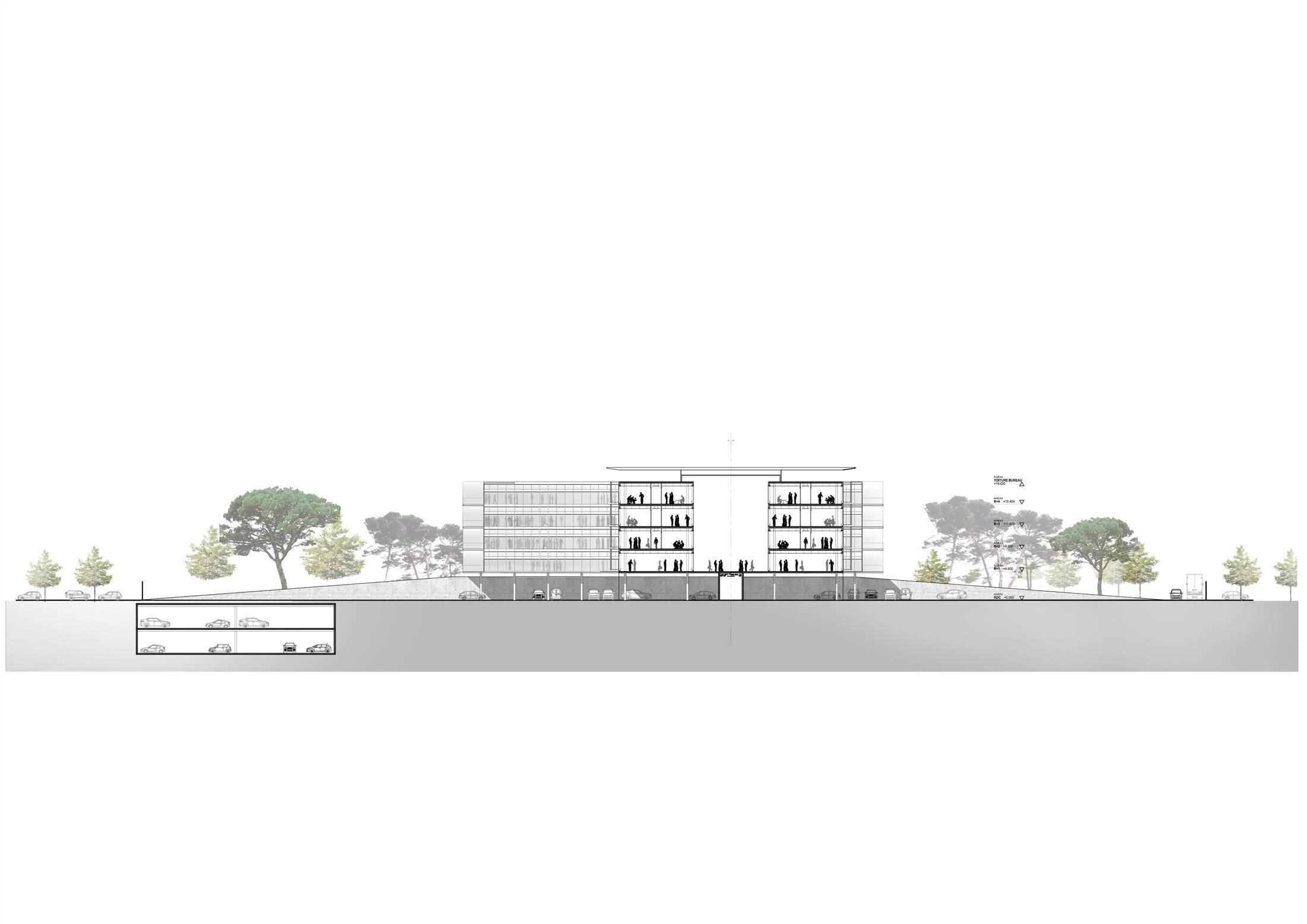 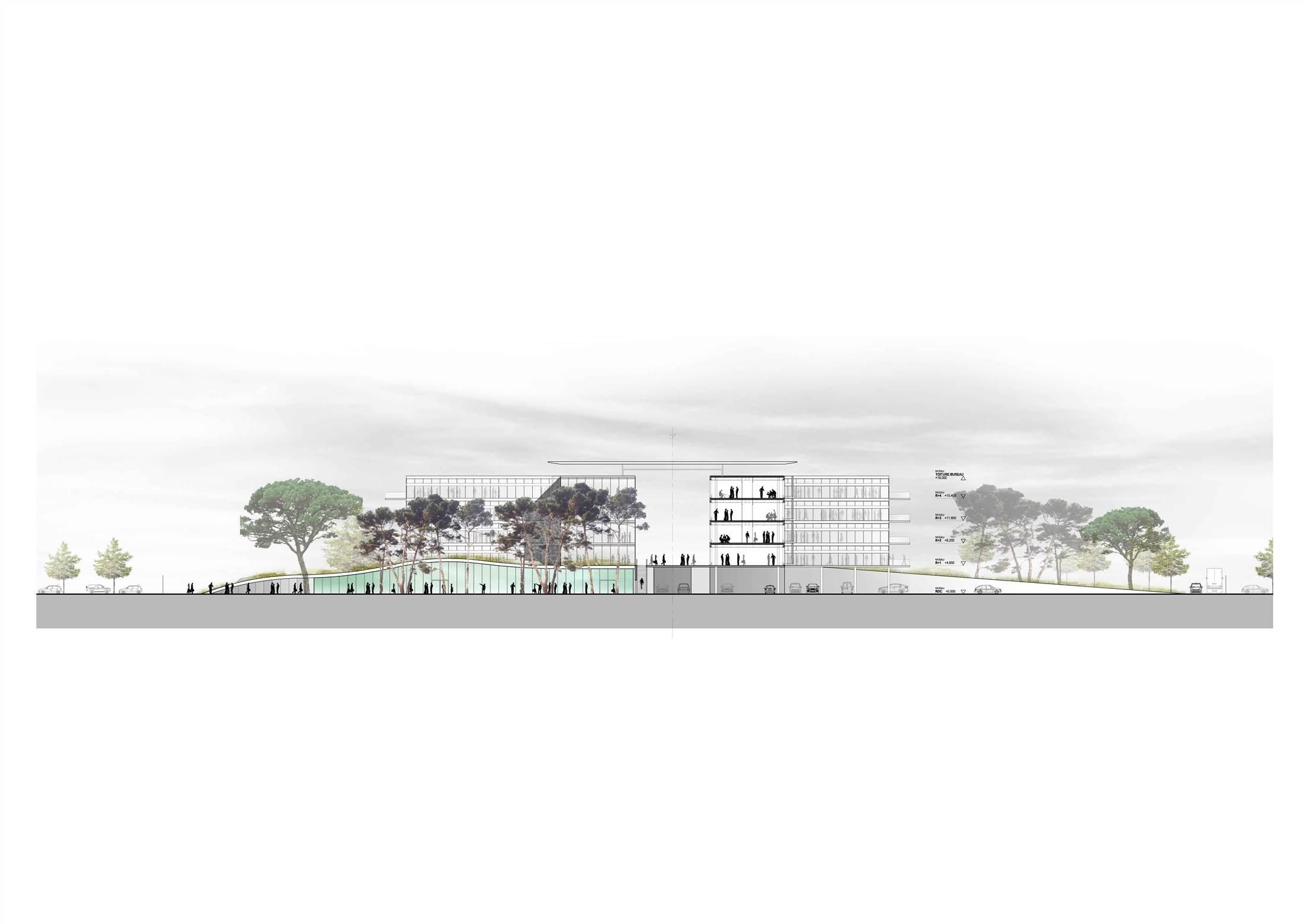